Tonight I’m posting a poem by my dear friend and colleague Christa Forster. Sometimes it feels as if every part of our life is shifting and buckling around and beneath us, but I try to remember that even when it is, that part is temporary. What comes after can be something extraordinary.

A lot of people right now are worried, and legitimately so. Sometimes I am too. That’s okay.

I try to center myself, despite the shifting and buckling, by holding onto very precise images. Good things that matter. Things that bring joy. Recognizing that bad stuff isn’t permanent. Trying to avoid the maelstrom — which means sometimes staying away from my computer and phone for a while.

Be well. Be the bamboo. Know that all of this mess will go too.

Rain won’t affect bamboo’s determination
to flower. The sand has no choice of where
it will blow, on what night, into which barrio,
whose eye. Nothing is certain. (To know this
truth is easy to know.) Say Hemingway
came here, 1941, to write ad copy for Ballantine Ale: Purity, Body, Flavor.
Ground buckles up in Los Angeles. June 29,
2001. The center of gravity shifts; the sleeping
shore slips. One thousand year old monzogranite falls
on a wild sheep. I saw one once, its big horn
jutting out of the ledge’s profile,
like an ampersand, misplaced.
Blink & it’s gone.

This poem was originally published at Zócalo Public Square. 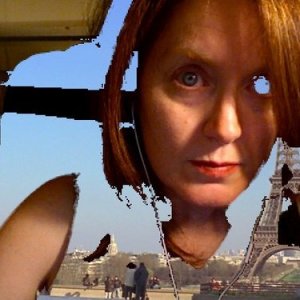 Christa Forster: Writer, Teacher, Performer whose goal is to make life more meaningful for herself and others through Education and Art. Follow her on Twitter @xtaforster.