I recently read Till the Tide, a fantastic anthology of mermaid-themed poetry from Sundress Publications. Some of the poets featured there were so gracious as to allow me to share their poems with you this month.

The first of those is Heather Lyn. I really appreciate the way she combines tragedy and magical thinking with sharp humor and nostalgia. Didn’t you love those magazine quizzes when you were an adolescent and thought those writers must have really, really understood you? Didn’t you wish those magazines had offered you some way to actually escape the gritty, fraught reality of being a teenager? Maybe that’s just me.

How to Tell if You’re a Mermaid: A Quiz 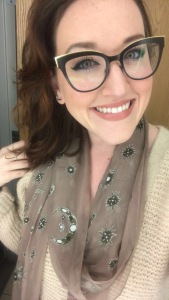 Heather Lyn received her Bachelor’s in Creative Writing from Young Harris College in the mountains of North Georgia. Lyn was published in YHC’s literary magazine The Corn Creek Review multiple times. She has self-published a supernatural mystery novel and earned second place in the Agnes Scott Writer’s Festival Contest for her one-act play. Lyn has also been featured in the Voices Project, a horror anthology, and multiple poem anthologies. Her poems have been featured in Crabfat Magazine.

Heather Lyn lives in the mountains of North Georgia and is always looking for ways to turn her chaotic life into material for books, poetry, stories, or embarrassing blogs. She is a self-published author and lives with her Australian Shepherd, Radley. You can keep up with her on Instagram @moon_musings_jewelry.