Those of you who know Houston are probably aware of its rich, diverse, thriving poetry scene. We have page poets and slam poets — world champion slam poets, in fact. There’s an academic scene thanks to the Creative Writing Program at University of Houston; there’s an underground-ish (or used to be underground-ish) scene which fosters the likes of Houston Poetry Fest, a major three-day poetry festival held around town every October; there’s a mainstream blending of all of these thanks to Inprint; we have WAT (the annual seven-day Word Around Town Poetry Tour) and Meta-Four and so many others. We have readings all over the place all the time. Poetry oozes from our humid pores and swims in our flood waters. Thanks to Writers in the Schools — whose Houston chapter is decades strong and has been a flagship and model for chapters around the country — young people’s glorious verses hang on banners from our downtown lampposts and grace the marquees of our grocery stores and pop up as art installations in public parks during April.

When it comes to poetry, Houston has got it going on.

When I graduated from University of Houston in 1997, there were half a dozen big publishing houses in the country: the legacy houses, as traditional as publishing gets (which have now been whittled to The Big Five). At that time, there were about 57,000 small presses just in Texas, and many of them focused on poetry. One of the excellent poetry presses based here in Houston, Mutabilis Press, has been around since 2003, and they have published quite a number of truly excellent volumes. I am proud and humbled to be counted among the poets whose work has found a home in their anthologies now and then.

When Sandi Stromberg, a member of the Mutabilis Press board, graciously offered one of her poems this year for this series, I jumped at the chance to feature it.

He wore Russian winters in his eyes,
his mind filled with the smell of borscht
and, pinned to his sleeve, a longing
for the crowded boulevards and language
of his youth. He talked about his days
as a DP, the streets of New York,
his attempts to imitate an American
man’s loose-hipped walk. Professor
in an after-thought Russian department
in a Midwestern town, he lost us
with Slavic sibilants, a maze of words
that dead-ended in our blank stares
and made him shout. Sad progeny
of overstuffed lives, we were disappointments,
unattuned to the subtleties of his mother
tongue or how he survived Siberian
camps and a cancer ward. We couldn’t connect
with his gulag past though we sensed
his misfitness in the way he clutched —
between index finger and yellowed thumb —
unfiltered cigarettes. In a land of waste,
he savored each puff down to the ember,
focused on a distance we could never traverse. 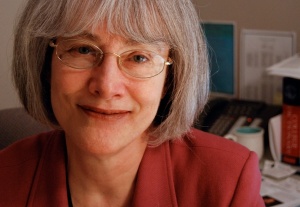 poems, Museum of the Big Bend 2018) and Untameable City: Poems on the Nature of Houston (Mutabilis Press, 2015). Her poetry has been nominated for a Pushcart Prize, read on PBS during the April 2017 “Voices and Verses,” and published in many journals and anthologies, including Borderlands, Illya’s Honey, Red River Review, Inprint Houston Annual Report, Texas Poetry Calendars, and three Southwest anthologies from Dos Gatos Press. She has been a juried poet nine times in the Houston Poetry Fest. Her translations of Dutch poetry were published in the U.S. and Luxembourg. You may find more examples of her published work here, here, and here.